CAPE TOWN, South Africa, Oct. 31, 2017 /PRNewswire/ —  On October 27th, The 2017-18 Clipper Round the World Yachting Race Sanya Committee representatives went to The University of Cape Town (UCT) and promoted Sanya City. Teachers and students at the International Academic Programmes of UCT came and listened to the promotion campaign. This included the legendary sailing journey of the world famous Yacht – Sanya Serenity Coast. 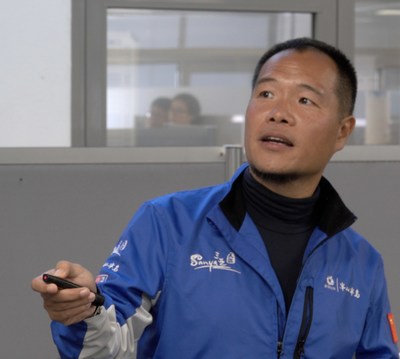 At the beginning of the promotion a Sanya publicity film was showcased, giving the audience a nice introduction to Sanya. There was also a song called “Welcome to Sanya”, which was played – the song and film impressed the audience, and they were also able to view the tropical coastal scenery via the film. An “Oriental Hawaii” feel was generated with the audience members feeling excited and wanting to travel there.

A student from the International Acadmic Programme said, “Sanya is a very beautiful city, it definitely will be my preferred destination for traveling abroad. There are also duty-free shops, for me which will be a shopping paradise.” 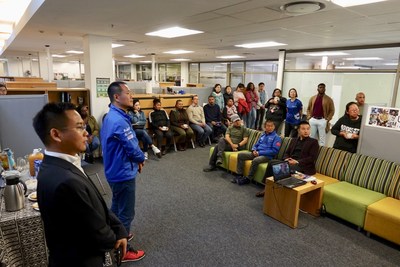 After the introduction of Sanya, the Ambassador crew of Sanya, Law Feng, continued to share his own sailing story. “It is not an easy thing for twenty people to sail on a mighty sea with a 70-foot sailboat. The hull is often tilted more than 45 degrees, resistance to 10 meters high waves. ”

A video of the yacht passing through the Atlantic was then displayed. This shocked the audience, seeing the video of the yacht travelling through the waves – the audience were astounded and awed. Wayne, a teacher working at the International Academic Programmes heard that there would be a Sanya yacht open day, and excitedly asked about how to participate, and also said, “My son is 8 years old, I would like to take him to see the beautiful yacht from Sanya, China.”

Founded in 1829, the University of Cape Town is the oldest university in South Africa. The first case of a human heart transplant in the world was done by Prof Chrs Barnard of UCT. So far, two graduates have won the Nobel Prize.

The Sanya City Promotion Campaign will hope to bloom around the world, especially aimed at the younger generation and the young talents of the future.